2018 Michael A. Strembitsky Award of Excellence

The District honoured three graduating students with the Michael A. Strembitsky Award of Excellence at a board meeting on June 19, 2018. The award recognizes Grade 12 students who exemplify personal, social and academic excellence, possess leadership skills, want to seek meaningful change and have courage, initiative and confidence. 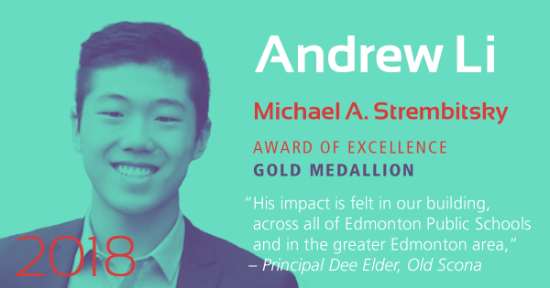 Andrew Li is an International Baccalaureate student who has maintained averages above 90 per cent and earned Honours with Distinction throughout high school. He was vice-president of Old Scona’s Student’s Union and was very involved in speech and debate, both as a participant and mentor. Andrew has served on the District’s Student Senate for the past two years, last year being voted in as one of three Student Trustees. 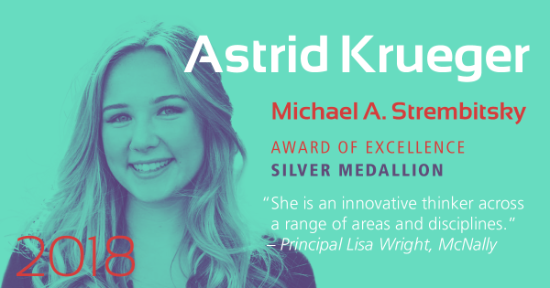 Astrid Krueger is an International Baccalaureate student who has consistently achieved Honours with Distinction. She was involved with the Students Commission of Canada as a facilitator for their We Want Conference. She worked with a team to create a feedback report to help shape Canada’s first ever youth policy. Astrid was also elected by fellow District’s Student Senate members to serve as one of three Student Trustees. 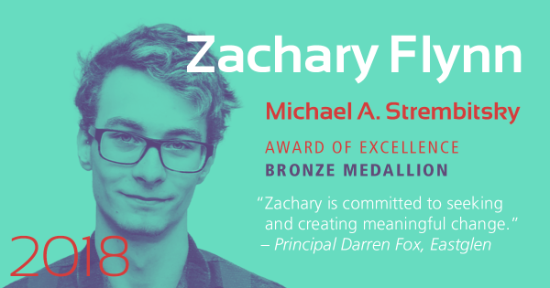 Zachary Flynn was one of the student leaders with the Norway-Canada Assessment project, where he worked alongside students and teachers from other schools regarding assessment practices. For the past two years, Flynn has been the technical producer of the weekly televised Eastglen News Network program, and was director of the broadcast team this year. Zachary has also served on the District’s Student Senate for the past two years, this year being voted in as one of three Student Trustees.