Read our COVID-19 Division Re-entry Strategy for information about how we’re welcoming students and staff back into schools this September.

2020 Michael A. Strembitsky Award of Excellence

The Division honoured three graduating students with the Michael A. Strembitsky Award of Excellence at a board meeting on June 23, 2020. The award recognizes students who exemplify personal, social and academic excellence, possess leadership skills, want to seek meaningful change, and have courage, initiative and confidence. 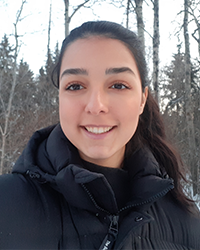 Yosamin is an inspiration leader with an infectious love of learning, and an overwhelming sense of curiosity and purpose. At school, she was co-president of her school’s Mathletes Club and was very involved with the Social Justice Club. Over the past two years, Yosamin has been proud to be a part of the STEM (science, technology, engineering and mathematics) program. Last summer, she was selected to participate in the University of Alberta’s Women in Scholarship, Engineering, Science, & Technology (WISEST) summer research program. She was the first recipient of the Spirit of Dr. Armour Award, given out through the WISEST program. Yosamin also received a Schulich Leader Scholarship, which is awarded to the most promising STEM students. She was awarded $100,000 towards pursuing a mechanical engineering degree at the University of British Columbia. She hopes to one day study aerospace engineering and fulfil her dream of becoming an astronaut. 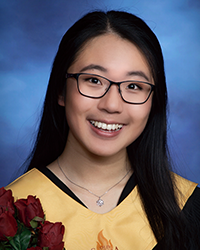 Cindy is a full International Baccalaureate student who strives to achieve excellence in everything she does. For the past two years, Cindy has been involved with the Division’s Student Senate. Last year as a Student Trustee and this year as the chair of the senate, where she helped create a website for students to easily access mental health supports. She was part of the school’s Speech and Debate Society and also taught a formal class to Grade 10 students. She participated in the University of Alberta’s Heritage Youth Researcher Summer Program summer internship, is a founding member of a global youth-run STEM (science, technology, engineering and mathematics) magazine, and is also a member of the Junior Academy of the New York Academy of Sciences. Cindy has been accepted into Harvard University. 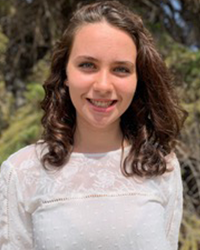 Chiara is committed to academics, being involved in the school community and to helping others. She filled her time with numerous Advanced Placement courses and options, and achieved Honours with Distinction throughout high school. She was a member of the student’s union executive and was a key leader in the Model United Nations (UN) Club, where she helped organize the club and teach new members the process of debate. Chiara has also been a senator on Edmonton Public Schools’ Student Senate for the past two years. Last summer, she participated in the Students on Ice Arctic Expedition which led her to create the shebikes.ca blog, where she writes about her journey, how it impacted her life and what everyone can do to reduce their carbon footprint. Chiara will be attending the Faculté Saint-Jean at the University of Alberta and hopes to one day be a lawyer who advocates for Inuit communities.